Keep in mind – the main part of this is played on a bowed electric guitar.

Hopefully, I can maintain a modicum of control and not fall down the black hole that is the internet.

My laptop decided that its New Years resolution was to die.

Apparently, the logic board is fried. This is a very expensive item to replace.

So I won’t be able to post much until one of two things happens – it gets fixed, or I get a new laptop. It will probably be a couple of weeks before we sort out either of those, seeing as it is my uni holidays and I don’t strictly need the laptop right now.

The 4 weeks leading up to today are officially just BAD. Hopefully 2016 improves quickly.

As a lover of Christmas and Star Trek, I had to post this.

Merry Christmas everyone, hope you have a marvellous day!

No Foodie Friday atm, the fudge wouldn’t set so I’m not going to post the recipe until I’ve worked out what went wrong.

I have the worst headache I’ve had in AGES today and I have no idea why.

It started this afternoon, about 3ish, so maybe it was from my lunch? I bought some skinless cocktail franks (so I could make octopus franks – yes, I’m an adult I swear) and I’ve never bought them before, so maybe there is something in those that is not my friend? I’ll have to recheck the ingredient list, I thought they would be OK.

I just want to try and sleep it off, but I can’t because it hurts even when I’m lying down. I’ve taken some painkillers, but I might have to dig out the ‘big guns’ soon.

I’m currently contemplating a dose of caffeine – it helps when I get a migraine, so maybe it will help now.

One positive though – it ISN’T a migraine!

I have decided that my “project” for my Summer/Christmas uni break this year is going to be “Re-learn Japanese”.

I say re-learn, because I learned the language at school (only up until grade 9 though), and I did pretty well, but now I’ve forgotten quite a lot.

However, I’m still tossing up whether I should do Japanese (which I WANT to do) or Chinese (which may be more useful). There’s a rather large Chinese population in my area, so that might be a more useful language (e.g. for working as a nurse at a local hospital). I’ll think about it, I can also do a Diploma of Languages through my uni, so I might look at that for after I’ve finished my Nursing degree.

There’s always the “you could do both”… I’ll think about it.

The main thing is that if I do Chinese, I can probably get help from Mum’s international students (she’s mostly had Chinese students, only 1 Japanese student). If I do Japanese, I’ll have to try and find someone to help me. BUT I’ve wanted to do Japanese again pretty much since I finished high school, I just haven’t had time. 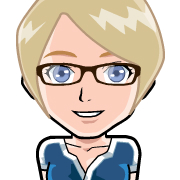